written by Romy van der Made 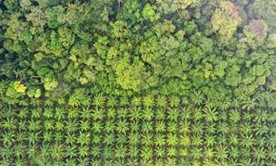 You might have heard of it, you might have not. In the Netherlands, we consume at least 136,000 tons of it each year. That is about 8 kilos per person. It is one of the most used vegetable oils in the world. And last but not least, it is one of the major causes of deforestation in the tropical areas of Southeast Asia. The culprit in question is indeed palm oil for those who were already familiar with the problem. And for those who aren’t…

Palm oil is made from the fruit of palm trees, which grow very well in the moisty, warm tropical climate. It is very efficient to cultivate these trees, as they grow all year round and do not need much water and space. This makes it the world’s highest yielding and least expensive vegetable oil1. On the contrary, other types of vegetable oil, such as sunflower oil, require much more water for them to produce the same amount of oil. As a result, it may seem like palm oil production has many more advantages than growing other types of vegetable oils.
However, these palm trees have caused many problems regarding deforestation in Southeast Asia. Already half of the Indonesian island Borneo has been lost mainly due to the production of palm oil. This is an area equal to four times the size of Switzerland! 2 Denying this is simply not possible: if you go on google maps and set it to satellite view, you can see that only in the center of Borneo the rainforest is still preserved. When zooming in, it is even possible to see the palm oil plantations everywhere around the heart of Borneo. And the places where palm oil once was produced, have turned into poor, red and grey areas, also known as peatlands, leaving behind just emptiness, emanating a sense of lifelessness 3. Another thing to take note of is because space needs to be created for these palm trees, huge parts of the rainforest are burned down. As a consequence, billions of tons of CO2 are emitted into the atmosphere. Looking into the big picture, palm oil production contribute to the increase of greenhouse gas emissions and threatens the planets biodiversity 1. Major corporations and companies have made the decision to only purchase so-called sustainable “certified” palm oil. In 2017, about 20% of worldly palm oil production was certified by the Roundtable on Sustainable Palm Oil (RSPO). However, how trustworthy this label is and how palm oil companies treat it, remains unclear 4.
Well, now you might say, I just won’t buy it anymore. However, the supermarkets are filled with products which contain palm oil. In fact, over 60% of the composed products contain palm oil. It seems like you cannot go around it. You can find it for instance in peanut butter, pizza’s, pasta sauces, margarine, but also cosmetics, toothpastes, make-up and cleaning products. But it’s certainly not too late, since we’re able to decrease our consumption, by buying certain alternatives which include locally produced oils. Sunflower oil and rapeseed oil can, for instance, be locally produced in Europe. Also, knowing what to look for might be a good start. Big brands, like Milka, Becel, Kellogg’s, often contain palm oil. Therefore, try to look at brands of the supermarkets themselves, which are often (but not always!) the safer option.
The palm oil demand will only increase in the future. In fact, according to statistics the demand will even be doubled in thirty years 5. If we do not change our consumption behavior soon, it might be too late for rainforests in many parts of the world… Therefore, you might want to take a look at what you put in your shopping cart next time you go to the supermarket. Not to forget, spread the word about palm oil, so more people can contribute to preserving our precious rainforests… 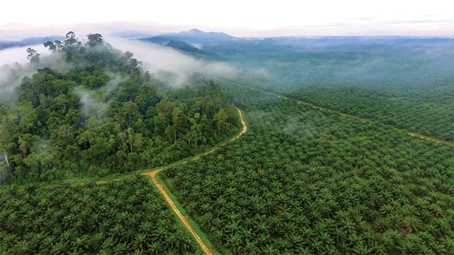