As part of the GAN regreening, Boerengroep will be screening the movie Honeyland on Saturday 12th November at Thuis, Wageningen from 18:00 – 20:00, which will include snacks and a discussion! 🎥

The movie follows the story of beekeeper Hatidze who lives with her sick mother in the mountains of North Macedonia, where she extracts honey by following and caring for wild bees. She always leaves half of the honeycombs left so that the bees don’t lack anything. An itinerant family installs itself next to the beekeeper and begins intensive honey production, which disrupts the natural balance of the environment.

In addition to being a powerful depiction of small-scale exploitation that should make everyone think, Honeyland is also a great portrait of the impressive force of nature Hatidze and a symbol of the global depletion issues that the entire world’s population is struggling with.

Watch the trailer for Honeyland here.

Sign up through the QR Code or this link – https://forms.gle/U5nYxzqE8em7VY2o7 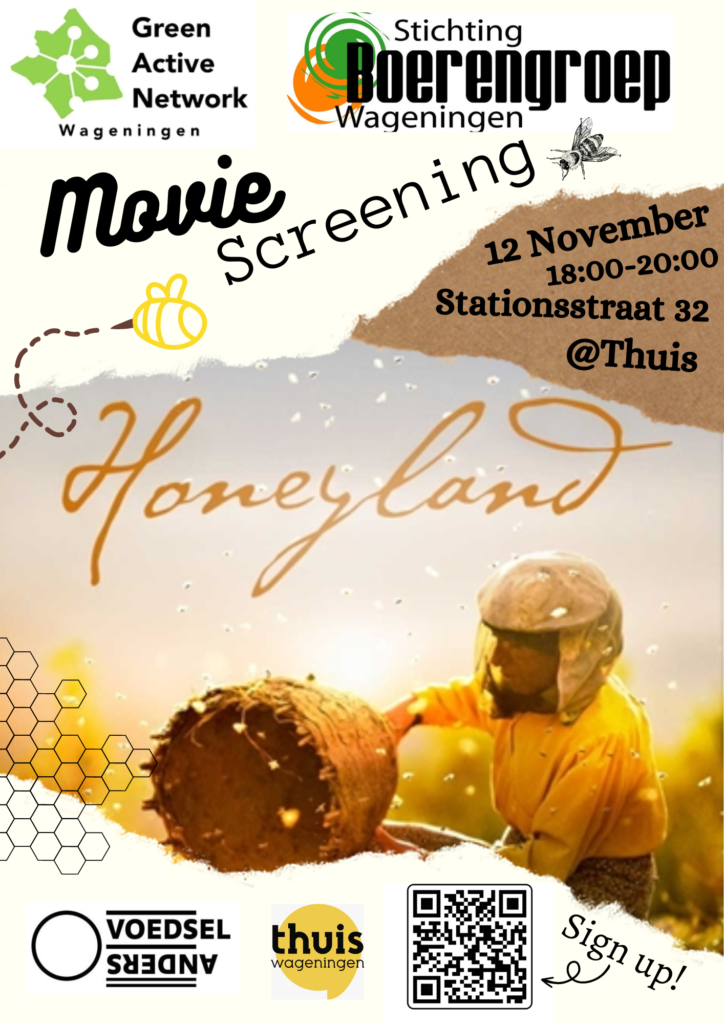 This film is being screened as part of the Food.Film.Fest by Voedsel Anders, read more about it here