Home » Interview with a Boerengroep board member: Álvaro Micheletti 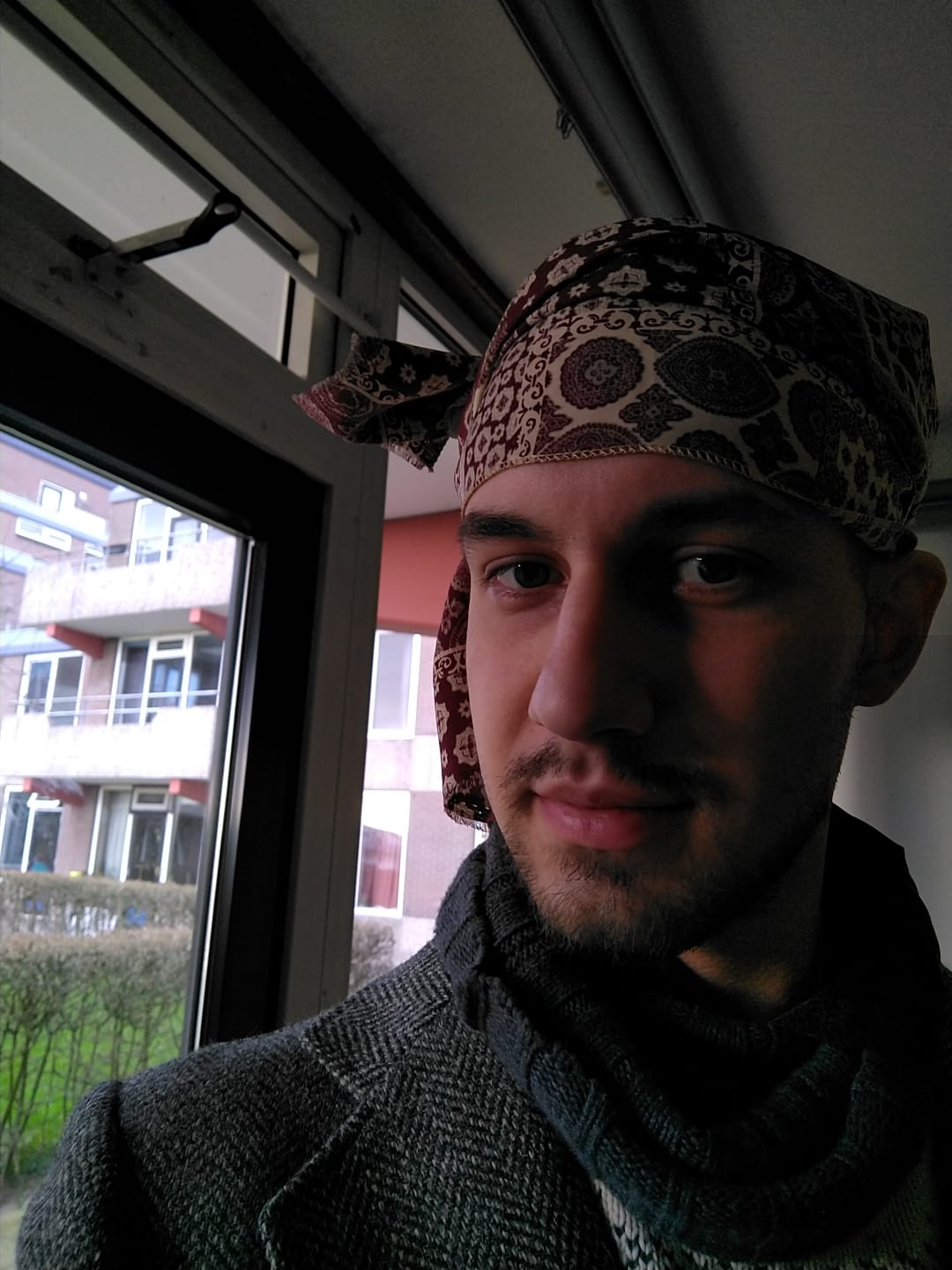 Boerengroep is made by a multitude of people, and we thought it’d be nice to regularly introduce one of our board members in the form of a small interview. Who are the people in Boerengroep? Where do they come from? And what do they see in Boerengroep? This week we are happy to present an interview with our new (co-)chair Álvaro!

My grandfather from mother’s side is from a Polish-German family. There’s a myth in my family that my grandfather’s grandmother was a jew that had an affair with a noble guy from the German court and he paid her off to go to Brazil.

Brazil. I was born in the South of Brazil, Lapa in Paraná and then I moved to the state of São Paulo.

My parents are vets and I grew up in a small rural town, but it’s not really a farming background.

The master in International Development Studies in Wageningen University.

I was pretty direct in my approach to Boerengroep. When I was in Brazil thinking about possible masters and things to do here, I was googling groups and things happening in Wageningen, and Boerengroep stood up as an interesting place. When I arrived in Wageningen, I was puzzled that there weren’t any events and I sent a message on Facebook, and I saw there was a meeting. It was the first place with a human vibe and it was really nice that we ate together. This was on the 7th of September, two weeks after my arrival in the Netherlands.

I am currently the co-chair. We were in the meeting in October and Pablo announced that we needed a chair and when he said it, I thought “perhaps I can do that, but perhaps I have to keep quiet as I just got here”. Then Ilse said that she wanted to do it, but she thought it would be nice if there was someone to do it with, and then I thought that was my cue to say yes.
And there are many things to come. There are a bunch of new people in Boerengroep and there’s quite a bit of energy. There are many ideas of projects and new things to start, but the general tone is to have a posture of engagement with farming in different ways, as Boerengroep was in the past and trying to engage more with farmers and not be so much in the university only.

When you are asked what you do on Tuesday nights, what do you say? (friends, family)

I just realized there is a Boerengroep meeting on Tuesday.. 😉

I guess I would be a tool shed. I like the idea of being a place or a space where people meet and where the important things are. It has this feeling of abandonment and being a silent place where all kinds of rusty things are, but it has its useful non-flashy things, the substantial things.

Probably Indian curries most of the time. Good food.

The whole thing with the Zapatistas, definitely. It was very nice to be suddenly thrown into the network of people in Wageningen who feel like cooking together and giving their houses to random Mexican activists who came by to tell their stories. It was a week of meeting a lot of people and working together, and it was very nice.

Tereza Cristina is the minister of agriculture in Brazil. There’s a lot of crazy ministers in Bolsonaro’s government, but she had a huge career before and is a very important person in the agribusiness world. It is easy to demonize her and the place Brazil is currently occupying in the global food system and the highly competitive soy-corn system, but then at the same time – in a sense, Brazil is in the center of the whole system, and it’s a very real thing that’s going on. In what way can we think about different rural possibilities in Brazil? I’m not going to ask her how she thinks it should be,  because I don’t trust her to have a nice vision, but I would very honestly ask her where she sees Brazil’s place in the world of agriculture and geo-politics, and the future of the global food system. I would be interested to hear what she thinks of it.

But it’s very interesting because she has a position of opposing Bolsonaro and the whole government, pressing for more environmental commitments. It is somehow she is representing a more modern possibility of agribusiness as opposed to old landlords who have a more political position than an entrepreneurial farming.  She is connected to global networks and to sell Brazil as a green thing, so it’s an interesting position. But then it’s the question whether you think soy and monocultures can be green for the whole global food system.

What is the most inspiring farm you have been to?

Not specifically because of the farming techniques, but I would say Yamaguishi, which is in Jaguariúna. They have a very radical idea of community and living together and trying to approach things from a human perspective. They try to do things close to the original truth in human hearts and that has been something that has really saved me, I would say, back in 2017, and it is a place that I hold very dearly and I plan to always be around there somehow.

It is an old-school, pioneering farm in organic production in Brazil. They started back in the 80’s, when organic production was a crazy thing. They started doing this completely on their own, on a family farm and eventually pulled in enough money to buy their own land and started producing eggs with a high standard of animal welfare. It is certified by a community based thing in the city, and they call their eggs “happy chicken eggs”. I think beside this they are also certified organic and animal welfare. But the point is that they were doing it before it was cool. They produce organic eggs and vegetables, have a delivery scheme and do local fairs. They have gone through many phases in terms of the social and community aspect. They have been quite radical in the initial phase, when they were admitting a lot of new people. To become a part of the community, you had to give all of your belongings to the community, it was quite revolutionary. They tried to also share the child upbringing, every child was the community’s. Eventually that didn’t work out and the community shrunk a lot and for the past years they have been taking a different approach to it, that is more centered on “how can you be a free person that is acting from your own heart, as part of the community” – that has been the foundation rather than a collective property approach. That is very interesting. They have a lot of good interviews recently in Portuguese, if you’re interested. They are also part of a global network called As One  with a main basis is in Japan, Suzuka, a neighborhood where people try to share all their produce and everyone can work in the same place and taking care of each other and their children together – but in a more “normal” city setting. It’s people that are trying to live communitarianly in the “real world”. In Brazil, they are trying to use the same method as in Suzuka. The same also exists in Korea and Switzerland, which is a place I would like to visit.

Do you have any podcast or reading recommendations?

I have a national responsibility of recommending João Guimarães Rosa. He talks about the deep, rural Brazil that luckily is still alive. You can start with Sagarana, which is a collection of short stories. It is translated into French, probably also into Spanish. In Portuguese it is quite hard to read, because it is a deeply regional language but taking into the level of myth. He’s inventing a way of talking that somehow carries this world of deep rural Brazil. And if you want to go more theoretical, I would recommend David Graeber, an American anthropologist. His book “Debt: the first 5000 years” is very enlightening in terms of how societies work, good for radical imaginations, mainly left-wing.

This is one of those questions with a right answer, right? I mean philosophically, polyculture of course. But I don’t know, I’m not an agronomist. I have a friend who always says that these damned social scientists are all for polyculture but they have no clue about the proper spacing between beans and corn. Since I don’t know, I’d better just be chill. Perhaps 10cm?