Home » February 19: Debate Book of Naomi Klein ‘This Changes Everything’

Naomi Klein wrote the book ‘This Changes Everything’. Naomi: ‘Climate change is caused by the living philosophy of people and it’s hard to converse both’.

We have found three panel discussion members who will discuss the book. You can be in the audience and listen to them! Which effect had this book on their philosophy?
A summery about the book can be found here (scroll down for the English version)

Moderator:
Marlies van Maarseveen,  studied agriculture at the WUR. She started a biological farm in France. Back in the Netherlands she worked as financial for several nonprofit organizations.
Statement: “Mankind is not destined to control the earth, each person only ought to control oneself.”

Panelmembers:
Mingue Marner,  Bsc student of Economie and Governance at Wageningen University. She is a coordinator of the FossilFreeWageningen group that is working on getting the University to divest its investments from fossilfuel companies and volunteer for HumbleHarvest to fight foodwaste.
Statement: ”Any attempt to rise the climate challenge will be fruitless unless it is understood as part of a much broader battle of world views, a process of rebuilding and reinventing the very idea of the collective, the commonal, the commons”

Erik-Jan van Oosten, Msc student Urban Environmental Management at the Wageningen University and a member of Feasta, the foundation of the economics of sustainability where he works on CapGlobalCarbon, a project that intends to impose the necessary rate of decarbonisation on the global economy.
Statement: 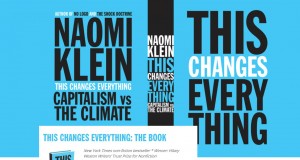