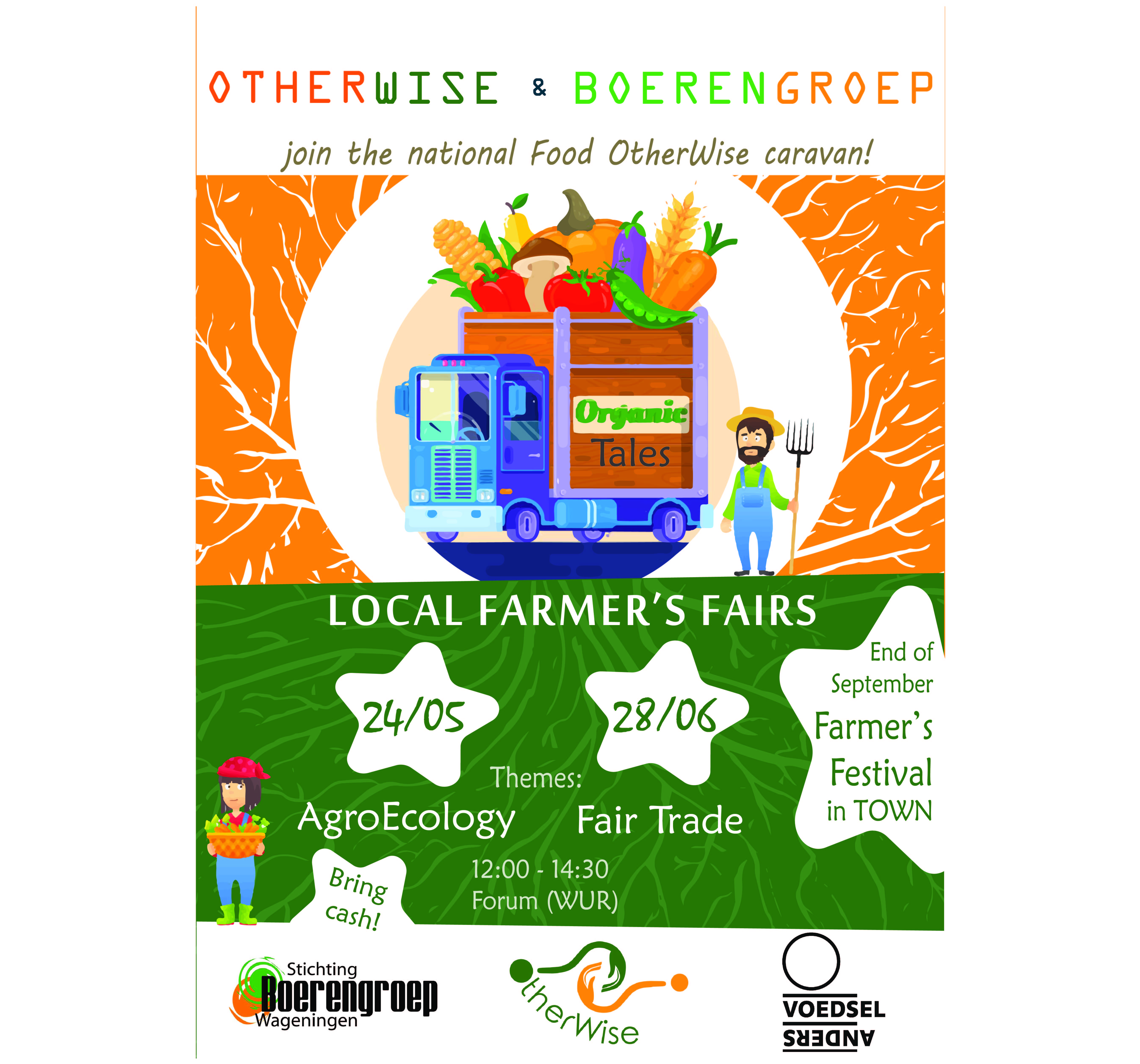 The Farmer’s markets are back with a new focus! Meet local farmers and buy locally produced food at the Campus during lunch on May 24th and June 28th.

‘De Voedselkaravaan’ (Food Caravan) is travelling throughout the country and will also role into Wageningen in September this year. Before that time, we can already invite you to two Local Farmer’s Markets, which will turn the barren lands in front of Forum building at university campus into a lively and colourful space.

These Farmer’s Markets each will have their own theme in relation to a fair food transition, around which we also invite students studying or interested in these topics to host or join the interactive corner with speed-dating / dialogue table rounds. The themes we picked are;

Now you might wonder what the Voedselkaravaan (Food Caravan) is all about. The Voedselkaravaan is the 2018 edition of what used to be known as the VoedselAnders (Food OtherWise) conference. The VoedselAnders conference has been organized four times before in Wageningen and became a center focus for the Dutch agroecology movement in the Netherlands at the time, with space created for a broad range of topics to be considered.

So VoedselAnders is back in a decentralized fashion! As we speak, local food transition networks are organizing their own events around the Netherlands about which you can read more here (mainly in Dutch) –> https://www.voedselanders.nl/voedselkaravaan-2018-de-stad-in-en-de-boer-op/