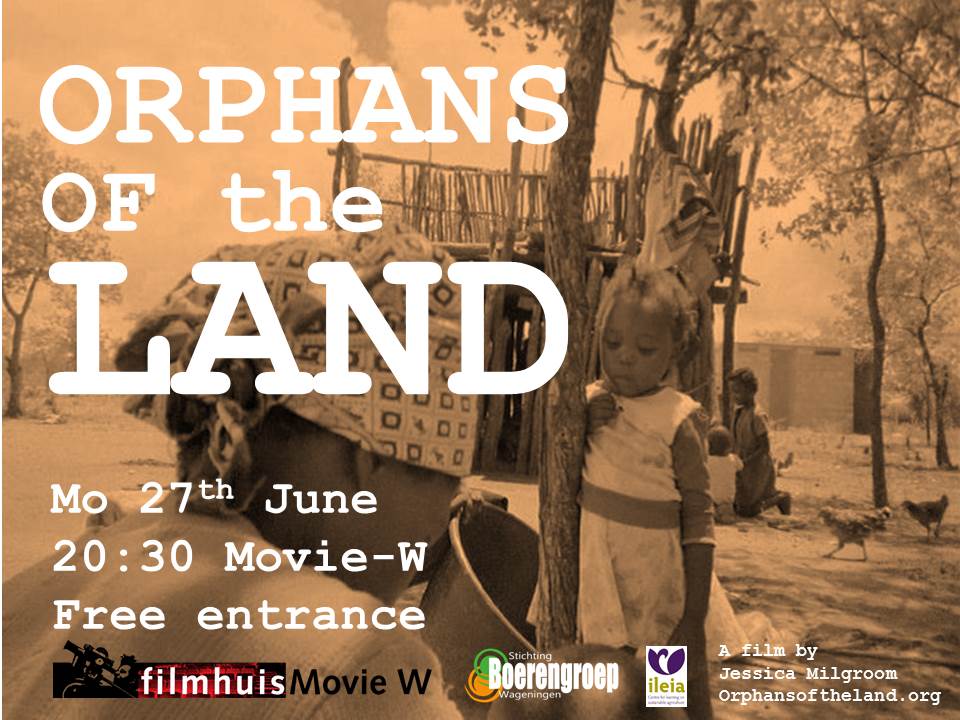 Jessica Milgroom (WUR) presents the documentary Orphans of the Land dealing with land grabbing and resettlement in Mozambique. She will give a short presentation beforehand and after the screening there will be a debate about development, nature conservation and people.

People facing resettlement are filled with hope for a better life. Although some families find prosperity after resettlement, as orphans of the land, villages lose autonomy to make decisions about the natural resources on which their livelihoods depend. Resettled people cannot access enough land to recreate their traditional cropping system, leaving them vulnerable to food insecurity.

The number of people displaced by ‘development’ has risen from 10 million to 15 million per year in the last decade alone. Current trends suggest that this figure will keep climbing as the number and scale of projects that lead to the displacement of people, such as dams, roads, mines and conservation areas, steadily increase. Displacement that is caused by development projects, known as development-forced displacement and resettlement (DFDR), is a hidden human rights problem because it is seen as an unavoidable consequence of development. Many international donors, governments and development agencies argue that resettlement should be carried out as if it were a development project itself that can improve people’s lives. However, despite attempts to compensate for losses, evidence suggests that DFDR tends to culminate in long-term and often severe social, economic and cultural impoverishment for resettling and host-village residents.