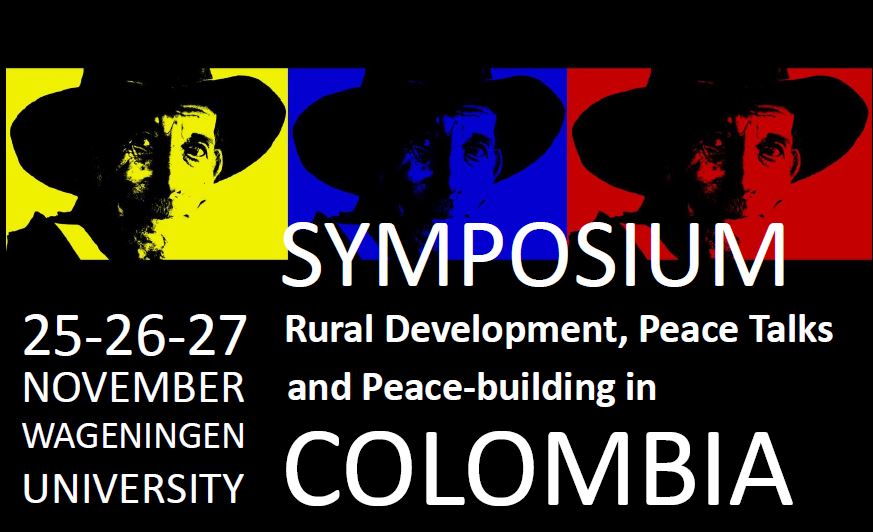 “Another way of understanding Peace is by considering the reasons behind this conflict and trying to find a solution.” – Javier Giraldo

Colombia has suffered for decades from a very violent armed conflict resulting in more than 300.000 people brutally killed, 50.000 people missing and more than 6.000.000 people displaced. Many claim that (international) interests regarding land and resources are the very core of the conflict. Currently, the colombian government and the Revolutionary Armed Forces of Colombia (FARC-EP) have signed some partial agreements in order to end this conflict. The majority of colombians hope that in the next 6 months both actors can reach a final agreement and start the phase of peace-building.

Since we believe it is important to support the current peace talks at the academic level – which will comply an important role in the success of the implementation of these agreements, especially in rural areas where the armed conflict has been felt more than in the cities – the Boerengroep, LAST and the SDC chairgroup are currently involved in the organization of a three day Symposium: Rural development, peace talks and peace-building in Colombia.

In order to better understand the importance of the current Peace Talks in Havana, Cuba, and to critically reflect upon the threats regarding rural development in Colombia, we will generate an academic and cultural space to exchange knowledge, opinions and proposals – focusing on the first document signed in Havana. (See also a report of TNI)

13:00, the Spot, Orion. Inauguration of the photography exhibition: RURALITIES by Miriam Vreman and Mario Niño Villamizar

18:00-19:45 C222 (Forum, Wageningen). Interview with Ricardo Sabogal, Director of the Land Restitution office of Colombia and Francisco Amaya, Vice-president of the Peasant Association of the Cimitarra river Valley, (ACVC)

18:00-19:45 C222 (Forum, Wageningen) Interview: Rural development from the perspective of the Revolutionary Armed Forces of Colombia-People’s Army (FARC-EP), live from Havana, Cuba.
Click here for the recordings of the skype interview with Tanja Nijmeijer from the FARC-EP.