On Monday the 9th of December, ActionAid, an Amsterdam-based NGO that actively promotes women’s (land) rights in developing countries, came to Wageningen to give a presentation. We started the night with an energizing activity. Everyone got a paper saying who they were, for example a married woman without children who inherited farming land but now doesn’t have any say in what happens with the land. We started off standing in one line, and then the facilitators – Minke and Sophie – asked questions. If, according to your role, the answer to the question was yes, you had to step forward, if not, you had to step back. This way, it became clear by the end of the game, who had had the most fortune in their life, who was most empowered etc. It was a nice way to have everyone think about access to land and (in)equity of rights.

Then Sophie from ActionAid gave a presentation explaining what they do as an organization and for whom. In the Netherlands, they mainly advocate for a better and binding international human rights framework. Now they are mainly involved in discussing the UN binding treaty on Business and Human Rights, which would also help female farmers in developing countries. ActionAid also has local offices, mainly in African countries, where they work from a more bottom-up approach. They have sessions where they inform women about their rights and how to demand them. On a local level they act according to the actual local challenges that women face, which are often practical or administrative difficulties.

After this presentation, we moved on to the discussion, which was guided with a couple of statements.

The first statement concerned agroecology and questioned if agroecology is a solution for the land right problems that women face, and if it should be pushed for. The reactions from the audience were quite divided, and there was some discussion about the term agroecology. Someone stated that it was just another term, following terms such as sustainability and circularity, and that it mainly causes more confusion. Someone else reacted against that, noting that the term does represent a well-formulated theory, and that it is a way of connecting people to nature and that it also includes social aspects. Furthermore, it is a term that is now already being used in policy documents, for example by the FAO, which gives it more legitimacy. Feminism and agroecology also have a couple of overlapping principles, for example a focus on regeneration instead of productivity.

The second question was about the European agricultural subsidies. The statement was that these subsidies are beneficial for large landlords, and not for small-scale farmers. The question was if this should be changed. The majority of the audience thought so, because it is an unequal system and it doesn’t necessarily stimulate sustainable food production. Furthermore, the inheritors of land are still more often male, which leads to an unequal access to land for women and men. An interesting point was raised by someone asking if having more small-scale farmers is ideal. He stated that they have less access to knowledge, which means they don’t make the more sustainable choices, also because they have less access to technology. Someone else reacted to this, saying that then we, as society, should have more attention for this, and make sure that all farmers have access to knowledge and that technology that helps small-scale farmers, could be developed.

The last discussion question involved the transition of big palm oil and soy plantations to a more sustainable system, and how this transition could take place in a just and fair way. The result of this discussion was that we had to strive for a more diverse agricultural system, and this can happen in several small steps. A palm oil plantation could be transformed into a food forest, as the trees are already there. To make things like this happen, first the big palm oil corporations need to withdraw from the area, and the land has to go back into the hands of the local communities. Even on a small scale, the local farmers could continue to produce palm oil. There were some doubts about the efficiency of such a system, since oil palm seeds need to be pressed very fast after the harvest, but this could be solved by, for example, building a community mill, where all the farmers in the neighbourhood can come to press their seeds.

In summary, we had a constructive discussion, which was a  good ending of an interesting evening. 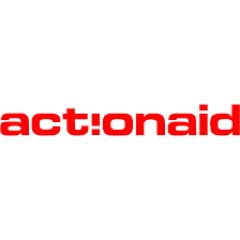 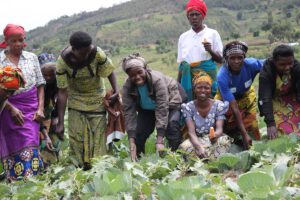